Necklace made of Blue Lace Agate and Iolite

I was called to the energy of this necklace made of Blue Lace Agate and Iolite set in sterling silver on that day.  This probably reflected my need for connecting to higher vibration in order to raise my consciousness and access inner vision.

Blue Lace Agate is a stone which can gently transform lower energy to higher frequencies.  It encourages expansion of one’s consciousness and assists alignment to higher mind for celestial wisdom and guidance.

In this three layered necklace, one layer is made of Iolite.  Iolite works on the 3rd Eye Chakra.  Having a layer of Iolite in this design helps to streamline the energy of the Blue Lace Agate. It also adds a quality of focus and clarity.

Blue Lace Agate energy has a very calming effect.  Wearing this necklace helped give my mind calmness making it easier to raise consciousness.

I also instinctively picked up this navy dress.  Navy is a colour which works well on the 3rd Eye Chakra and the dress worked perfectly well with the necklace. 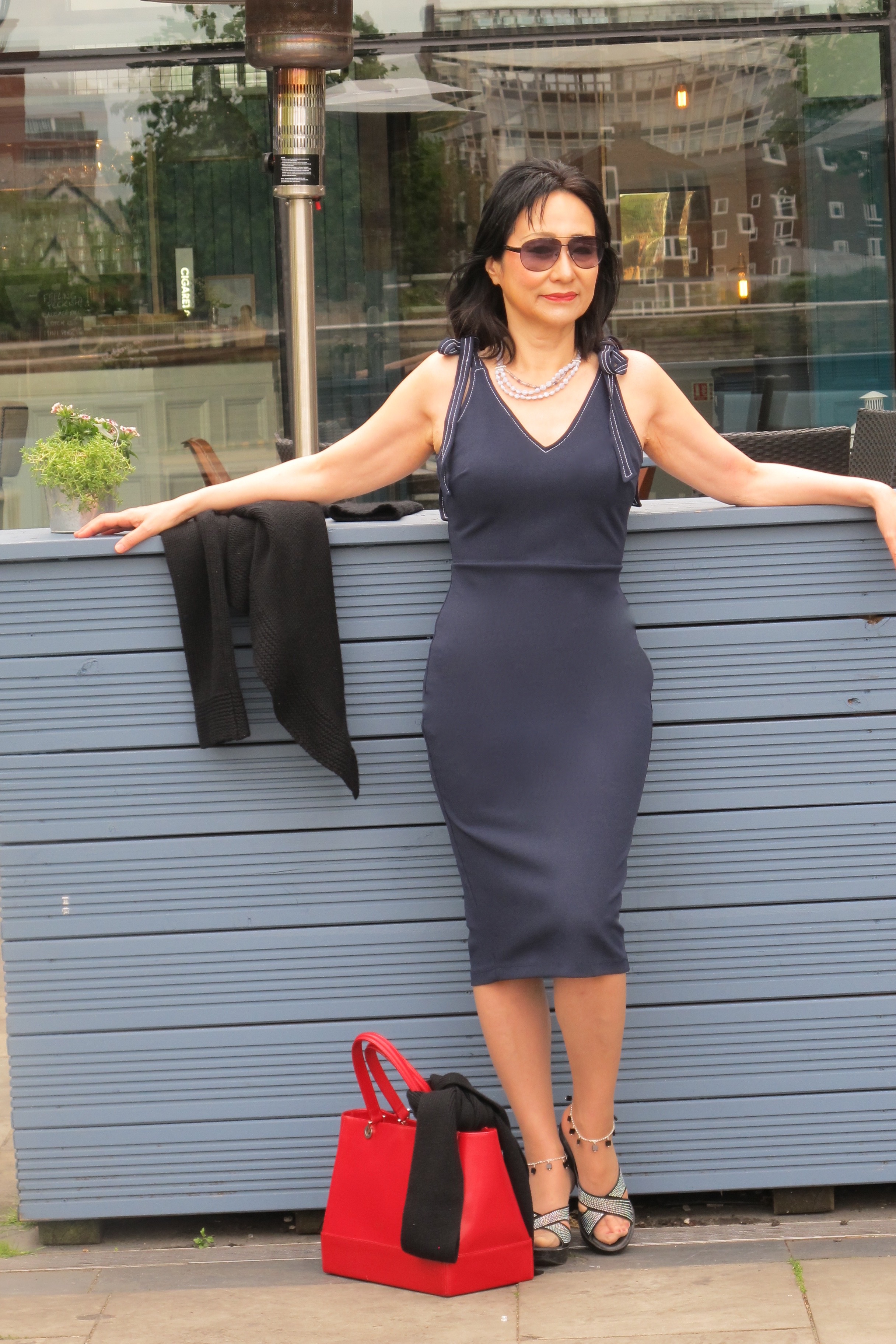 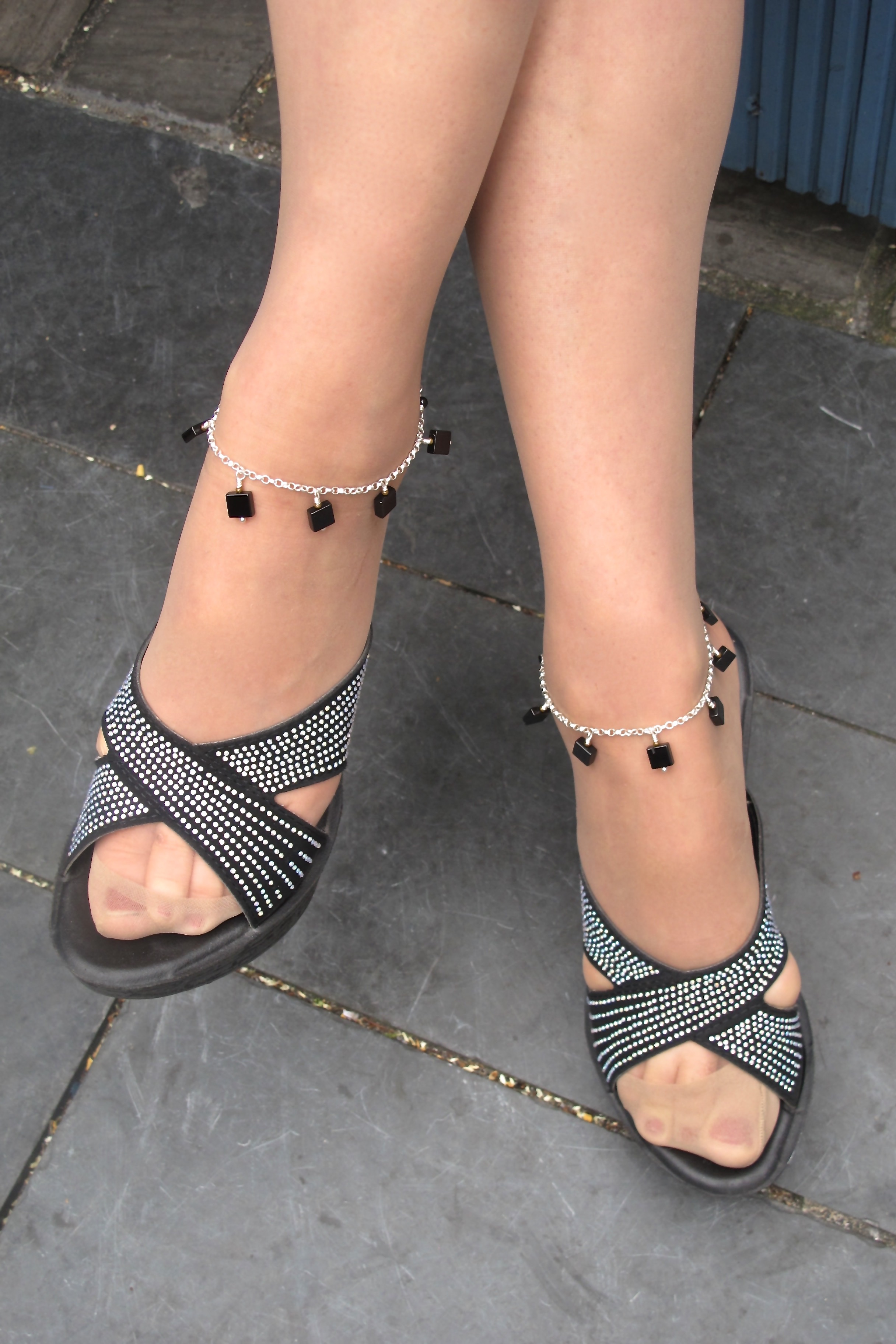 These anklets are very elegantly designed.   Not just with healing quality of material used such as gemstones, sterling silver etc,  but also the design determines the overall energy quality of the jewellery.

The energy of this set of anklets is powerful and also has a refined touch.

They worked perfectly well with energy of the necklace and the dress I wore.

*Each stone, I work with, is energetically thoroughly purified and then energised so the energy becomes alive. I energise finished jewellery again for the highest good of the wearer.

Energy of my jewelley (and each stone used) has multi-healing qualities and depending on the wearer’s energy structure, it may feel differently 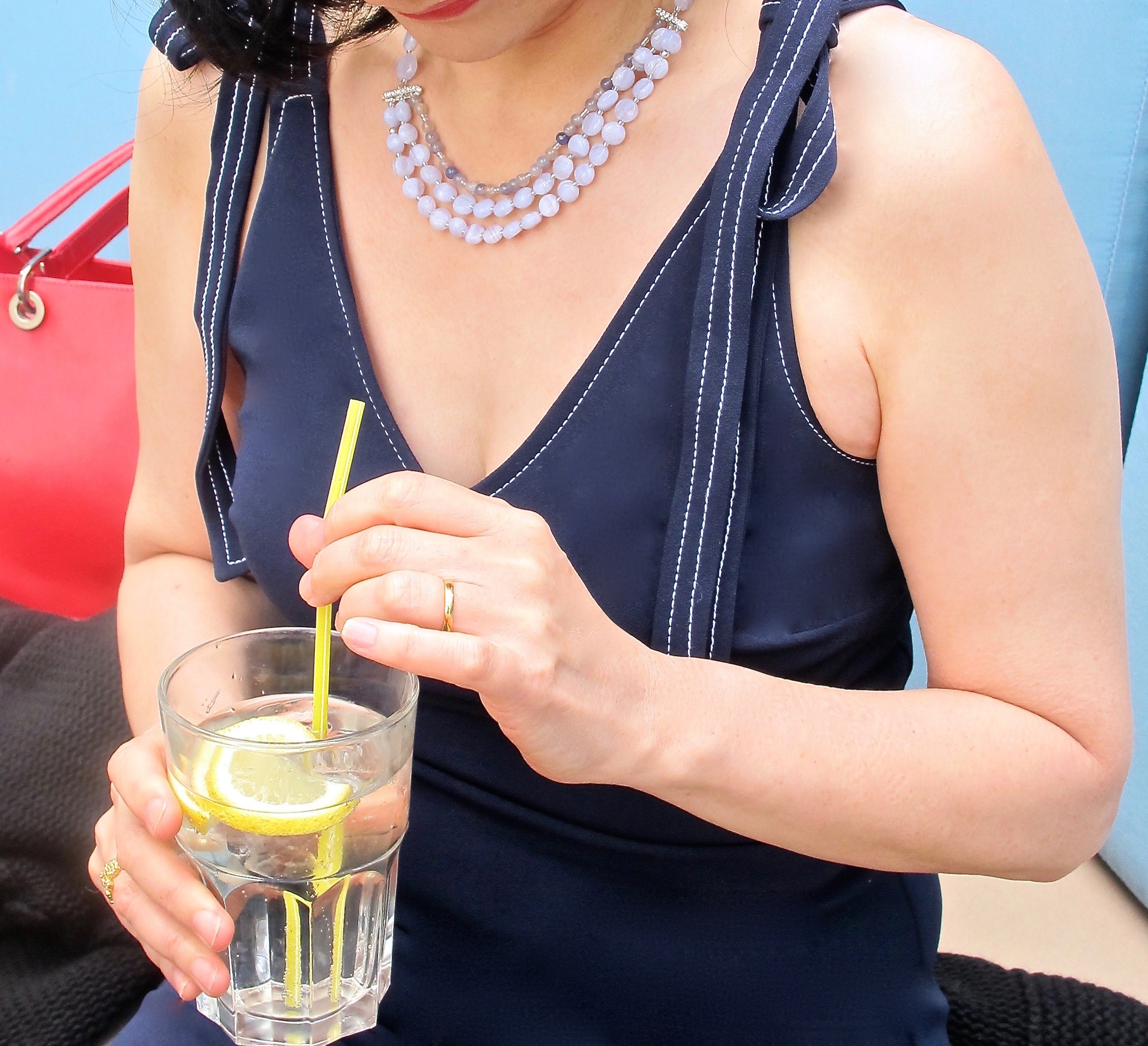 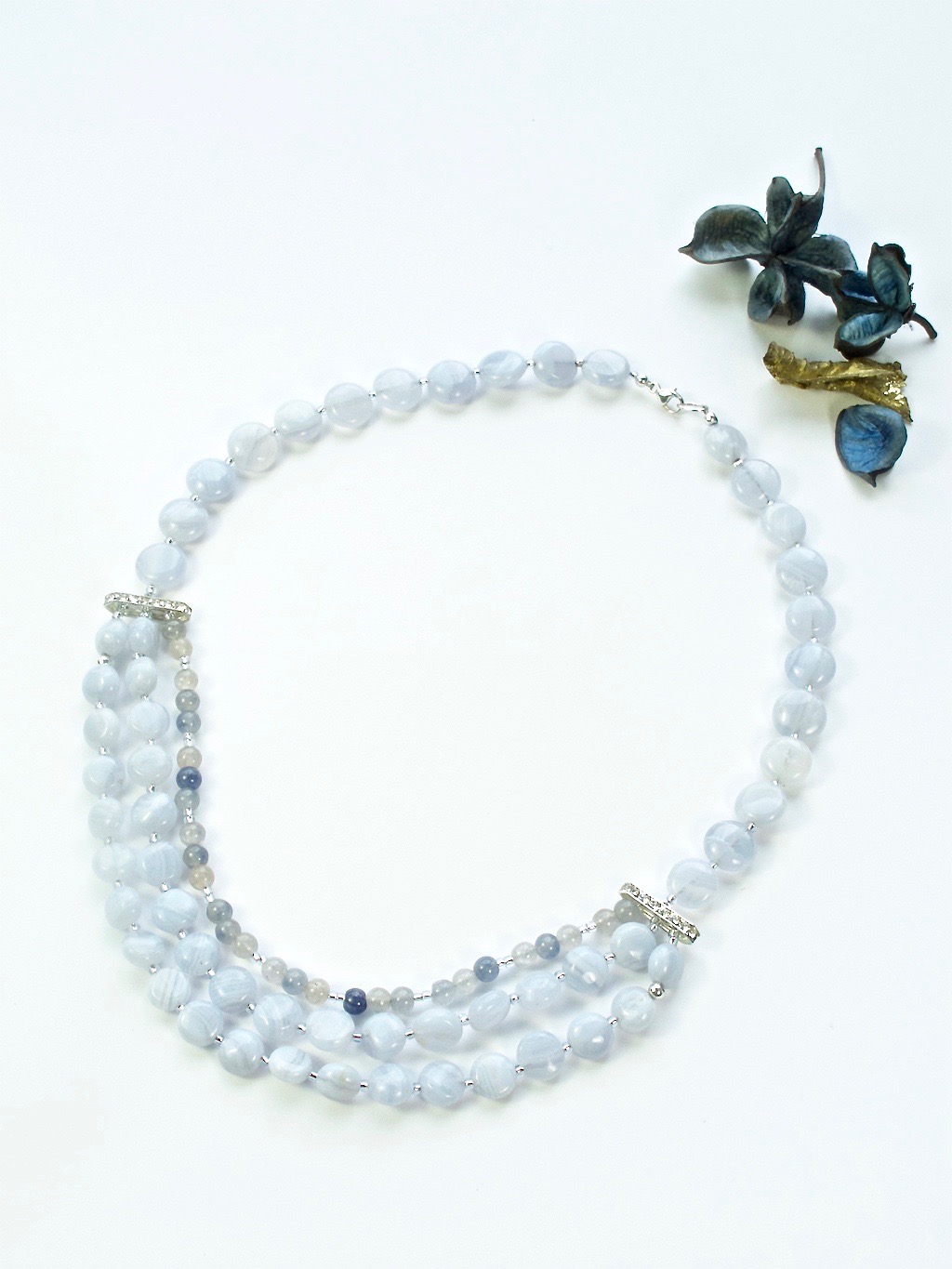 All anklets I make are with grounding stones.

Black Agate is an excellent stone for grounding.  It is also protective against external energy.

These black Agate stones are square shaped and in Feng Shui a square shape represents the Earth element.   This square shape gives additional power for firmly connecting to Mother Earth.

The energy of sterling silver chain also enhances grounding quality in the anklets. 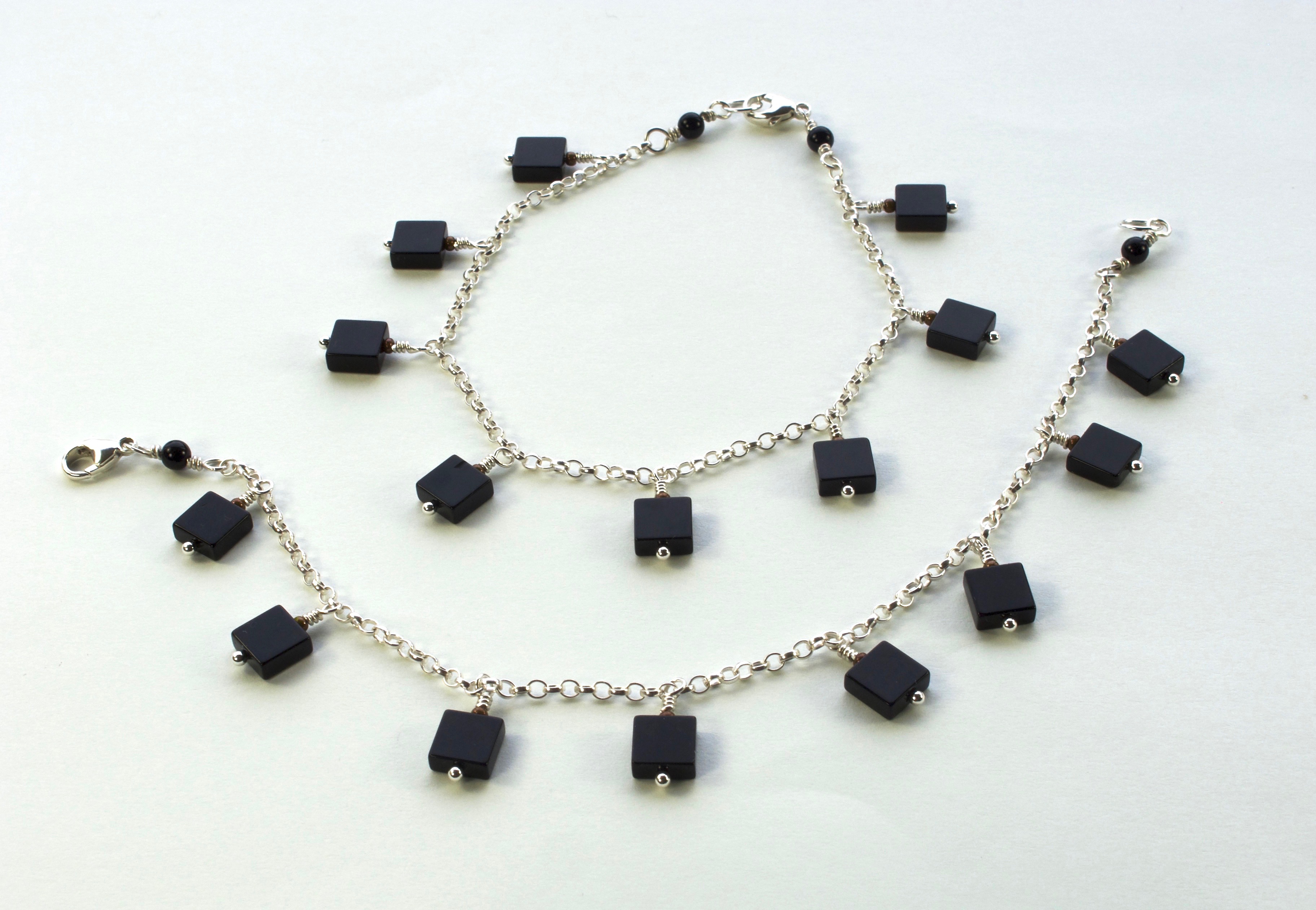 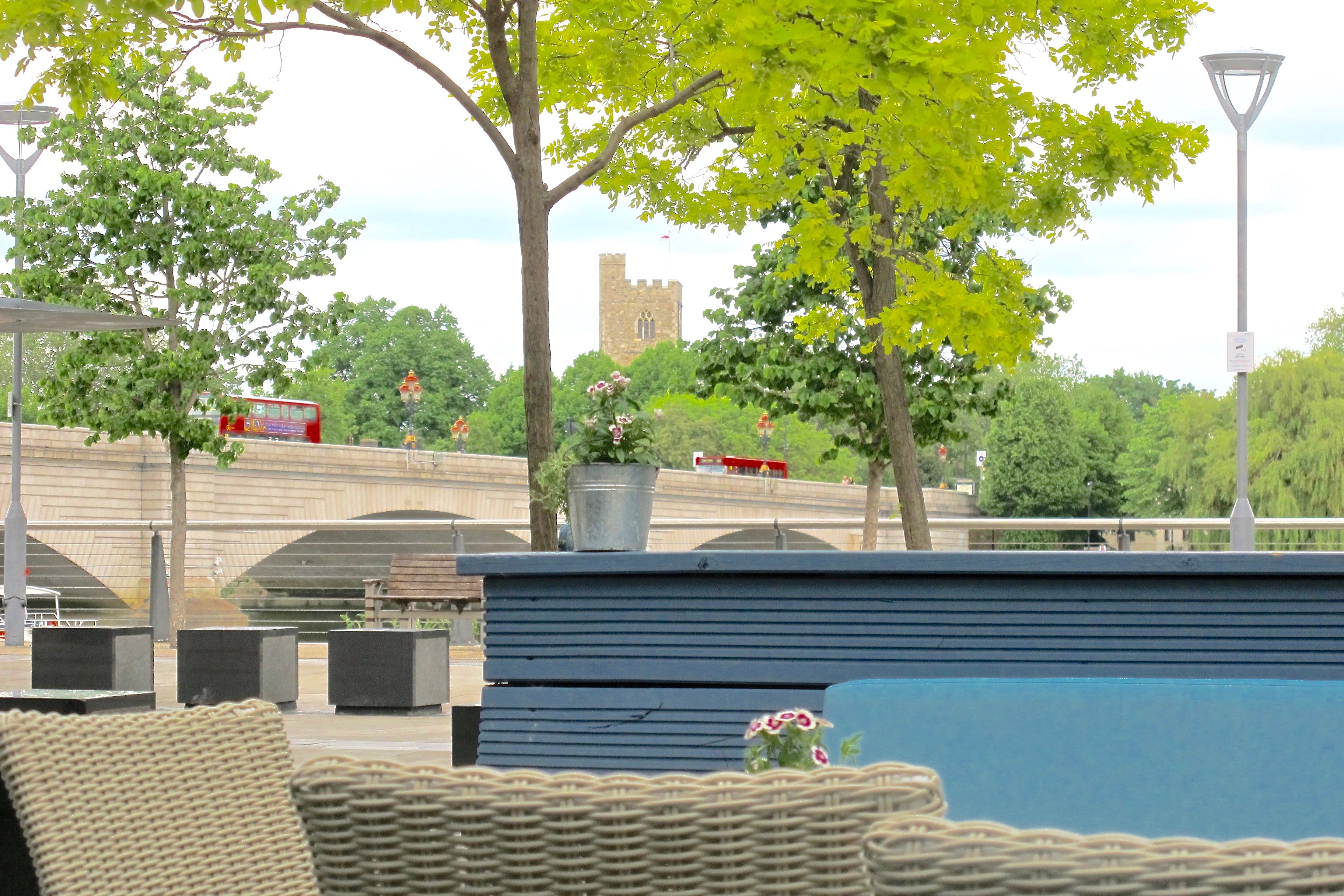